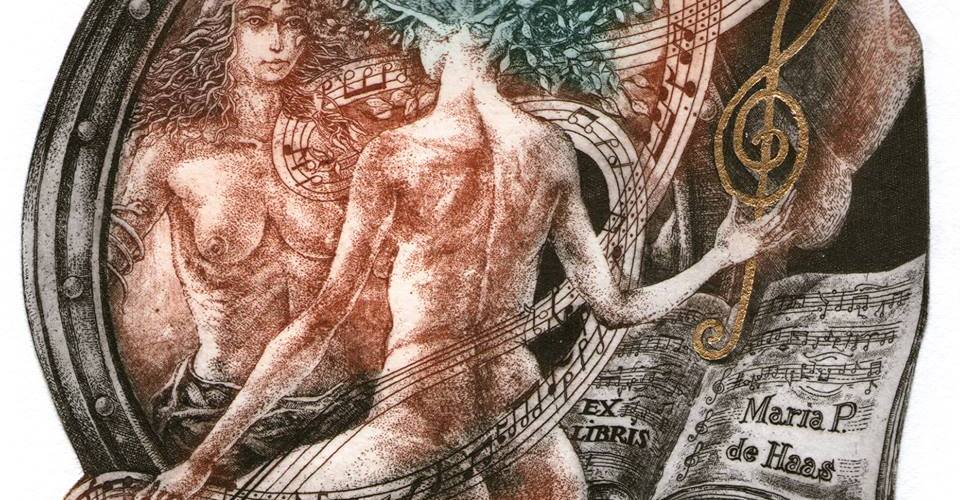 «In order to include several references to the life of Aldo Manuzio as an editor and scholar, keeping proportions without affecting the balance of the composition, Marius Martinescu wisely recurred to different kinds of perspectives.

The composition is dominated by a square, drawn in isometric perspective – allowing visual representation of three-dimensional objects in two dimensions – representing a printing press, Manuzio’s emblem as an editor and printer – a Dolphin wrapped around an Anchor -, believed to have been taken from a Roman coin offered by his friend the humanist scholar Pietro Bembo, and a hand holding what seems an engraving tool. Aldo Manuzio’s motto – Festina lente – is depicted on the opposite side, on a leaf of an in octavo book held down by the other hand.
The central motif includes in the forefront, a representation of Hypnerotomachia Poliphili, attributed to Francesco Collona, printed in 1499, by Manuzio’s press and above, the latter’s portrait and those of two of his friends Dante Alighieri and Pietro Bembo. At the top, using now the Byzantine perspective, an open book in octavo – one of Manuzio’s revolutionary inventions in the art of printing – and inside it, in a linear or Renaissance perspective, the image of the house of Aldo Manuzio, in Venice, where he established the famous Neacademia Dei Filelleni. From the aforesaid book there come out multiple folios with the names of several classical Greek authors, from Plato to Aristotle, whose works were published by Aldo Manuzio, ending with the folio with his motto, described above.
The other texts were inserted so that “the viewer will have an almost synoptic view, perceiving them at a glance and seconds after, dissociating them by image, location and meaning”, as the Artist confided me.
The whole work lays then, in an ingenious manner, in the hidden perspectival composition and in the use of text, inviting the viewer to explore the print, finding details which, far from being superfluous, are harmoniously inserted in the whole of the composition» 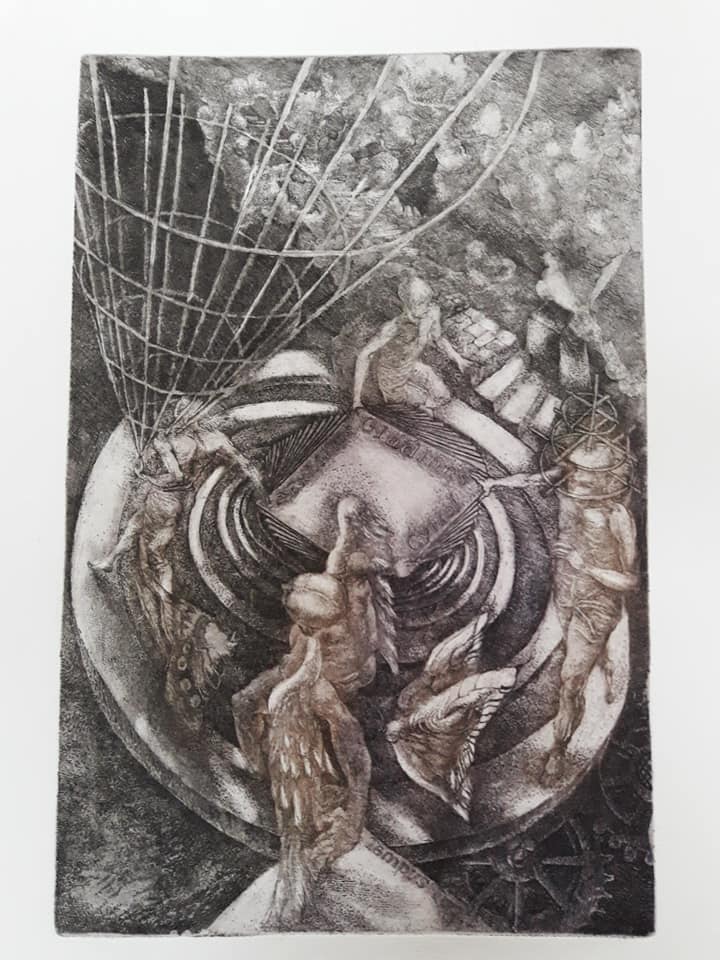 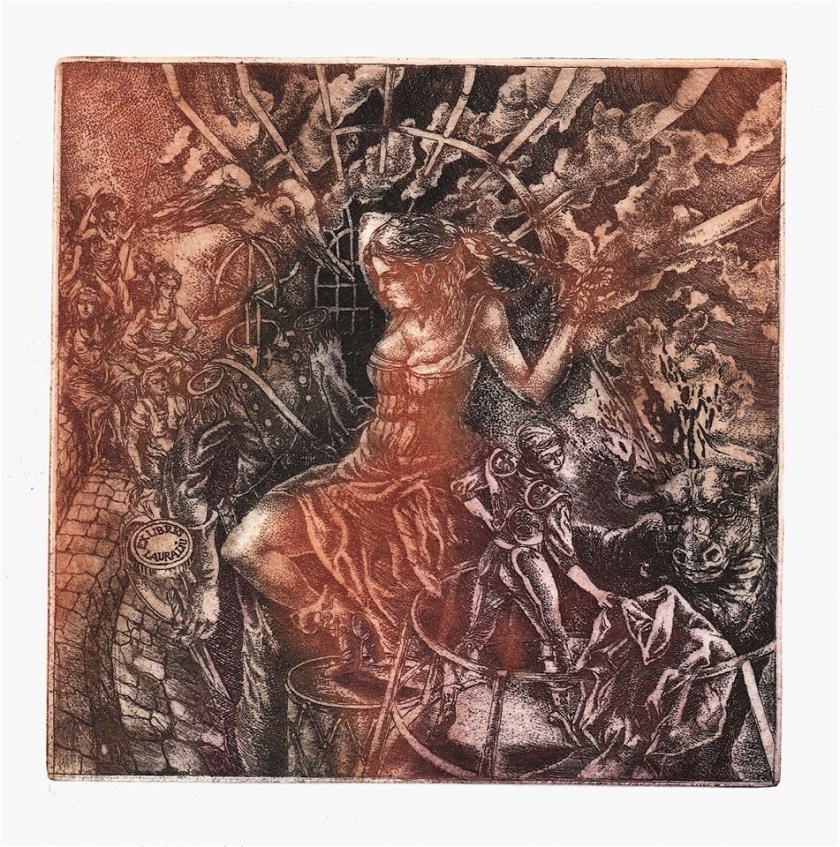